Emerging as a mega European destination, Prague, Czech Republic was the first stop of my official Danube Cruise trip. 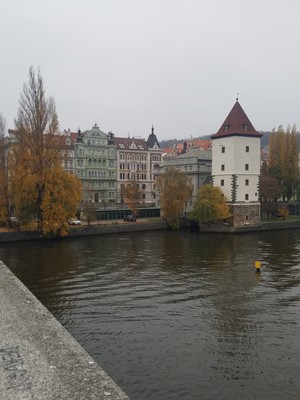 Prague (locally known as Praha) lives up to persistent travel industry world bruhaha. Yes, it's high tourism is getting pigeon-like annoying and the traffic is especially crazy in Staré Mesto (old town). Tip: Go off season as I did, autumn season or perhaps any point from April- May would do to avoid crowds and the bitter cold temps.

Praise for Prague is strong especially coming from architecture aficionados, eclectic foodies and those who admire what is deemed offbeat.
Czech ( "Check" ) me as all these types aforementioned. 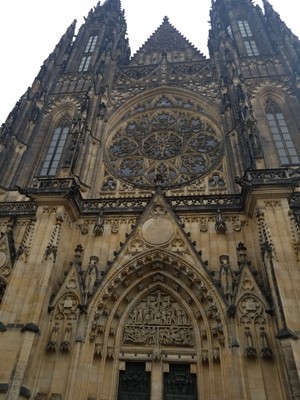 Cornucopia of arch-awesome style: Prague flairis present from one ulice (street) to another: from the Gothic ( as in the Astronomical Clock), to the Romanesque (Basilica of St George) to the Baroque (Strahov Monastery) and other styles constructed all throughout the city. It was worth taking several minutes of figuring out to pay for a Metro to arrive to New Town attraction, ultra modern Dancing House. This whimsical, curvy architectural masterpiece by Vlado Milunic and Frank Gehry is all the more mesmerizing to ogle up close. 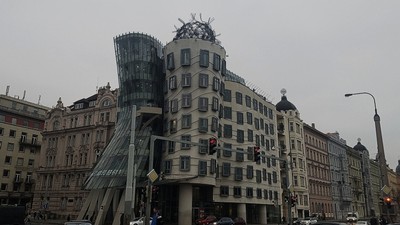 Food & drink wise: Beer (pivo) is considered like a meal here. Prague people are passionate and proud about their pivo. Best thing here it's very cheap in most areas- about 1 euro a pint (about 26 koruna). Prague people are also partial to eating meat. Pork knuckle is good grubbin' . Goulash is also popular on traditional food menus. Vegetarians don't have to fret though. Thanks to Prague's international appeal, there are many restaurant choices for vegging out, especially Asian options. Here's the thing: Try to avoid indulging in over-hyped street food staple, trdelnik. Yes, the cake-on-a-stick does smell good, like fresh donuts. No, it's not a true Czech sweet. Save your koruna on it. Be Czech authentic and don't give in to tourist-trappy tendencies. 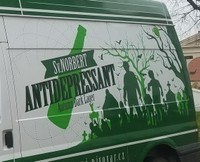 Offbeat stuff: Prague is peculiar as hell. One realizes before long that the city has a great sense of humor about itself. Quirkiness pops up all about town. Let's see: there are the Yellow Penquins molds along Charles River; creepy, giant, robot-y Babies on Praha parade and the downright vulgar/ hilarious sculpture display outside Kafta Museum of two peeing males (latter two sculpture creations by avant garde artist David Cerny). An amusing aspect to Prague and Czech Rep is the love of puppetry. Handmade marionettes— goofy and ghoulish looking figures— are featured in about every souvenir shop in town. City graffiti works here are on the remarkable side, not utterly inane spray displays. The Lennon Wall , a dedicated to beloved Beatle John Lennon and a symbol of freedom and hope , is a well-noted city point of intrigue. One would think Prague takes itself seriously with its stately looking institutions - but then you seen all the Thai Massage parlors that seem to outnumber Czech cafes. 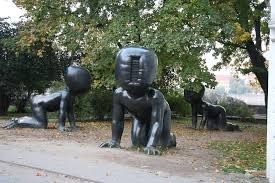 My take away: if an entree item, Prague would be a porky Praha sandwich- a hot dripping, meaty slab of indulgence. And of course, it would be complemented with pivo. 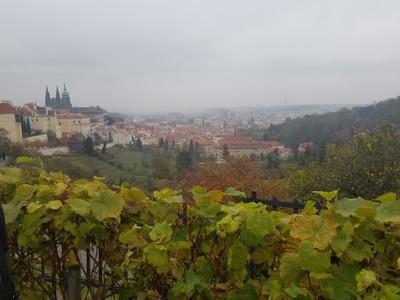 Next Table of contents

This blog requires you to be a logged in member of Travellerspoint to place comments.

If you aren't a member of Travellerspoint yet, you can join for free.